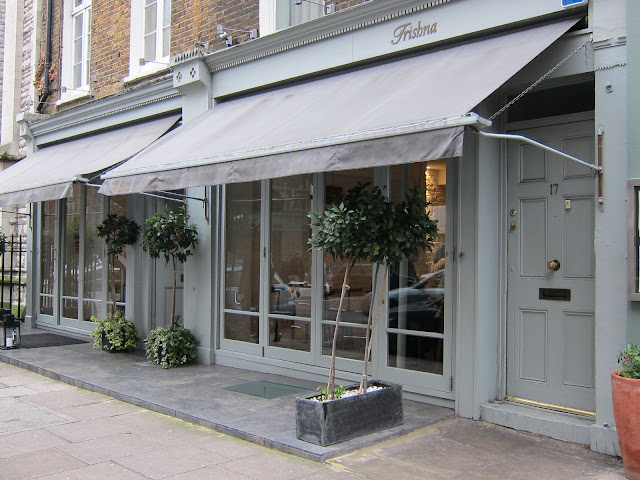 I always look forward to the new Michelin guide being released. On the whole I trust the judgement of this foodie bible and relish any new entries in the star listings, as in the main I have eaten at most of the existing ones and thrive on the thought of trying new places.
There are only five Michelin starred Indian restaurants listed in the last Michelin UK guide so I was pleased to see Trishna listed with a star in the new one.
The only thing that I knew about this place was that it is right next door to double Michelin starred chef Simon Rogan's London pop up Roganic. Floating around in my head was some other connection but for the life of me I could not remember what.

Now then, like most people I suspect, me and my wife have eaten some pretty dull Indian food. Most of it very samey even though two or three dishes from the same restaurant should taste of the different areas that they should represent there seems little variation in flavour. In our experience at the top level of Indian cooking every dish should be different. We were hopeful Trishna would deliver that difference. 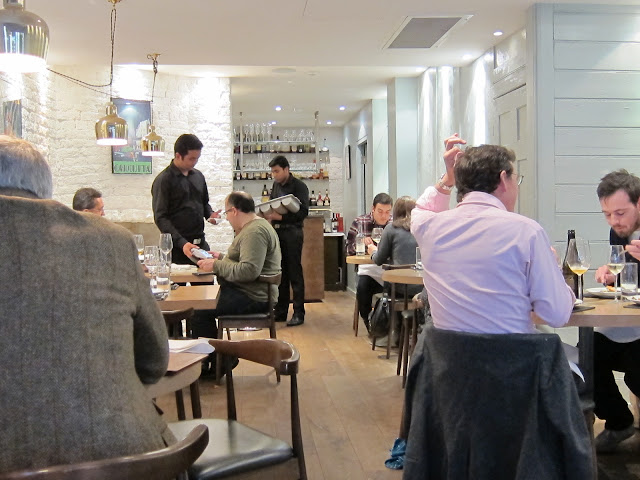 There are a multitude of menus covering lunch, evening and  early evening. There's a carte, Xmas, express lunch, lunch bites, and various tasting menus. If you look carefully though quite a few dishes cross from one menu to another.
Unbeknownst to me at the time Trishna have a mother ship restaurant in Mumbai which seems to have a very good reputation. It specialises in seafood. The Marylebone offshoot perhaps lists as many meat options as fish and features cuisine from the coastal region of South West India.  I suppose that means down from Mumbai, through Goa and to the tip of Kerala.

What followed was quite a handsome feast between the two of us, and each dish did remarkably taste different. 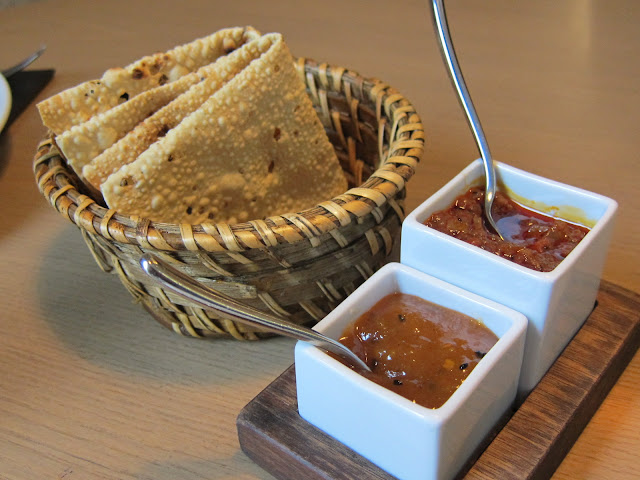 Roasted poppadoms with some excellent chutneys. The chutneys were easily good enough for commercial marketing. Beating anything that we have tried in recent times. 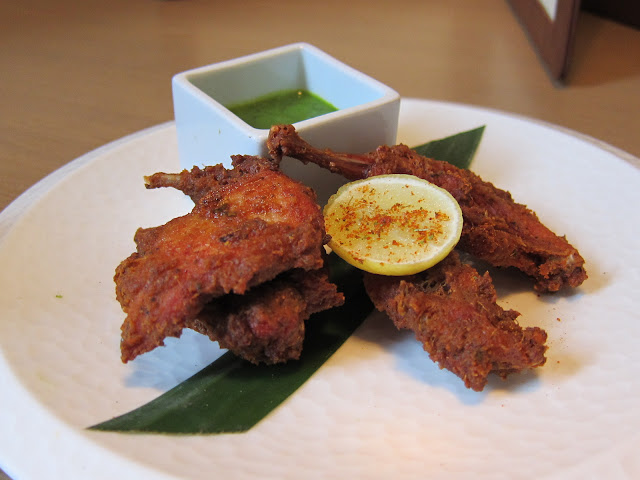 A very generous helping of crispy Quail with a mango coriander chutney. 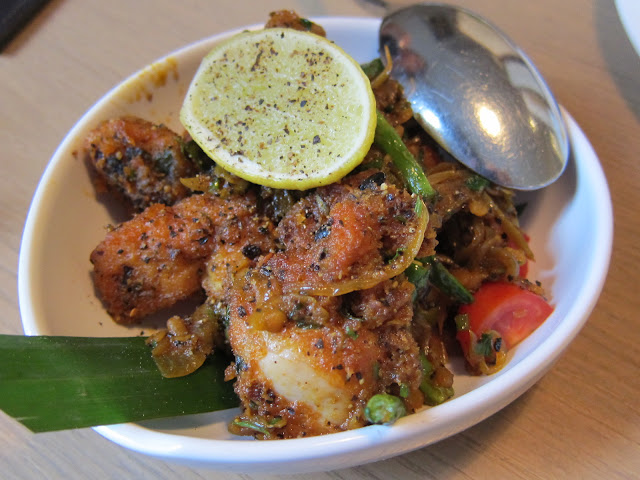 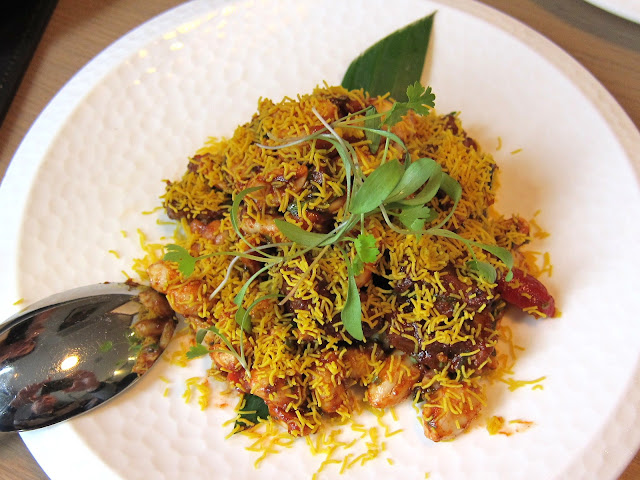 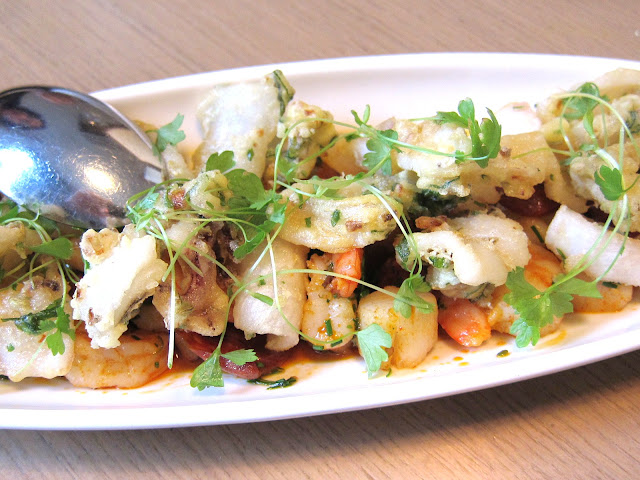 Trishna Seafood Salad. Generosity again, especially considering the quantity of tiger prawns and queen scallops. Also in the dish was some Goan sausage which tasted very much like chorizo. 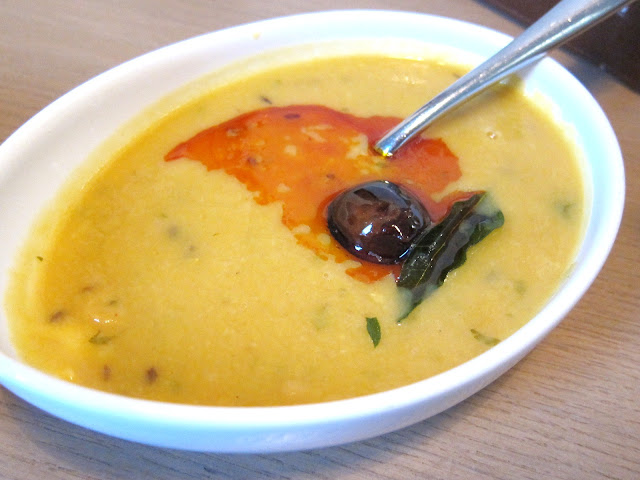 Hyderabadi dal. Very tasty but a little on the thin side. 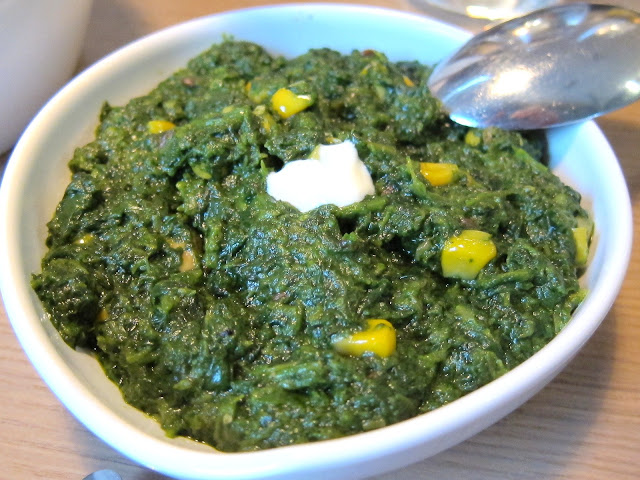 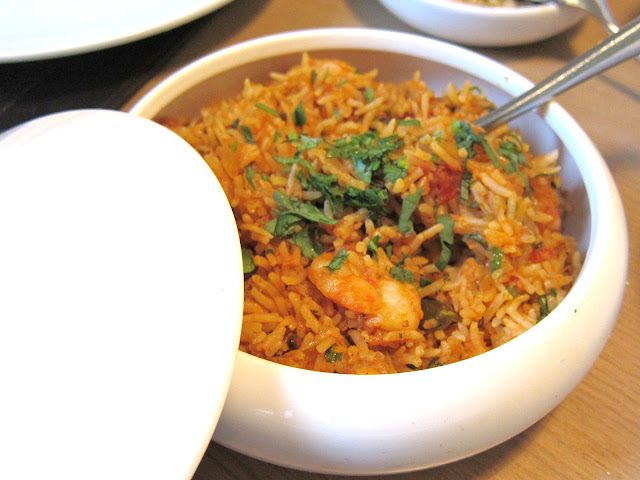 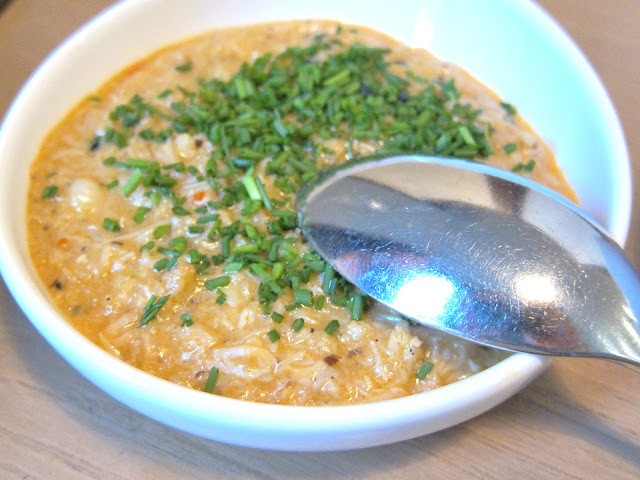 Dorset Brown Crab ( butter, pepper, garlic) Ever so rich. My wife loves crab and she devoured most of this offering. 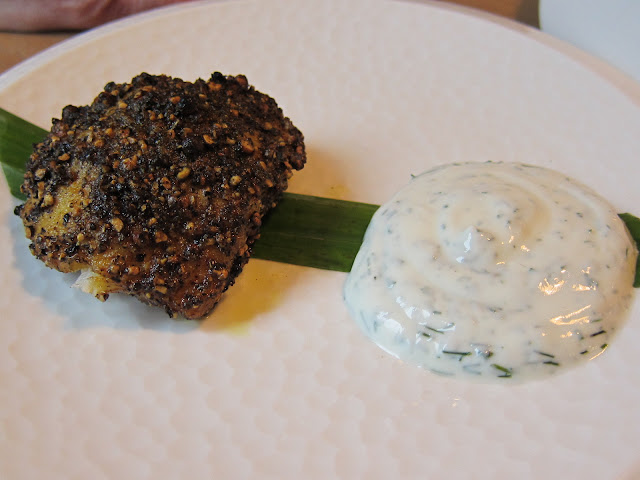 Fish Tikka, with a black pepper turmeric crust, and a dill raita. 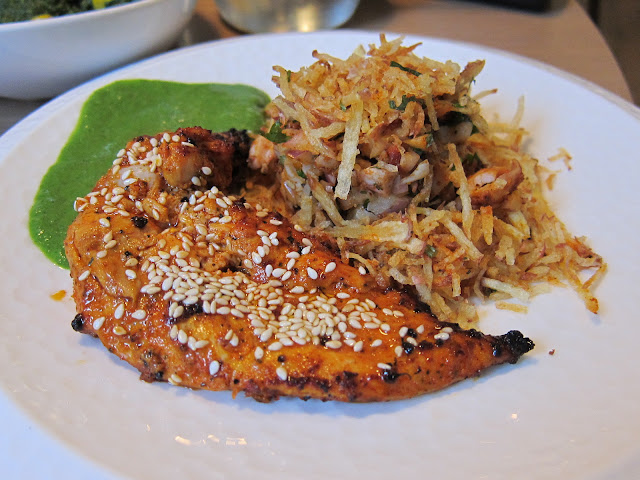 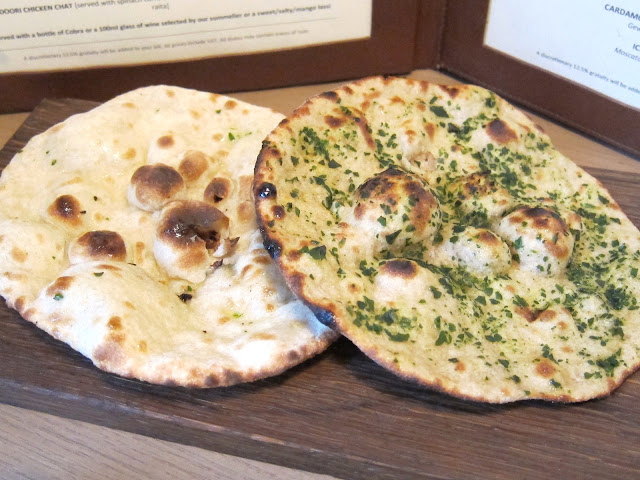 All of the savoury courses were finished, so we had just the one dessert to satisfy the sweet tooth craving. 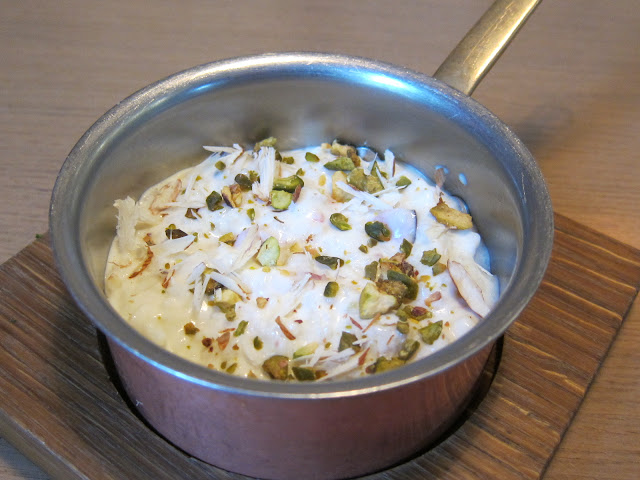 Cardamom kheer. A pleasant almond pistachio topped rice pudding. As simple as you like. 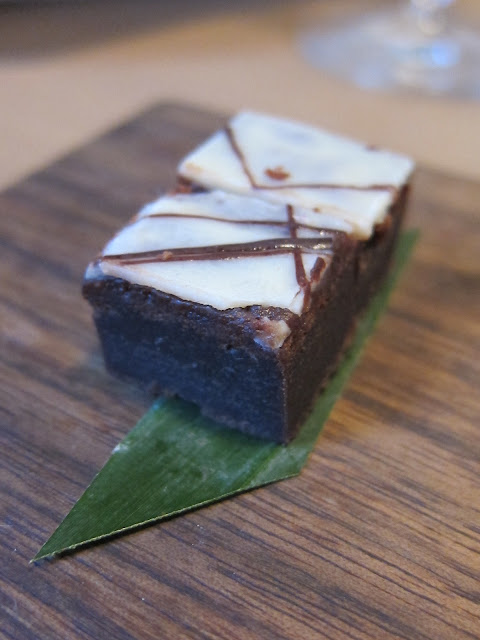 A little surprise at the end was a couple of sweets which we could not resist.


To sum up then. An amazing array of food. We ate here at lunch and chose the remarkable value Lunch Bites Menu a two, three, four of five course choice which is served with extras such as the breads, dal, spinach.
We went for the five courser (£24.50) which we knew by half way through the meal was going to overwhelm us, and we were right, it was a mountain of food. We were happy with all of the dishes except perhaps the Fish Tikka. We just though that the spicing overpowered the delicate fish somewhat. The rest was most enjoyable. The quail, chicken, aubergine, and especially the seafood salad were most relished. As I have already stated each dish had its own identity, some were subtly spiced others were more in your face but the fact remains that this cooking is more than a couple of steps up the ladder in comparison to most Indian places that we have eaten at.

By its very spicy nature eating this type of meal can induce a thirst and if you enjoy alcohol the extremely good value food can be lost in the bill if you indulge in the alcohol. Think £5 (inc service charge) for a small bottle of beer and £6 plus for the cheapest glass of wine. From memory our bill for two lunches @ £24.50 each, plus two beers, three glasses of wine, tap water, no coffees, service charge was about £90. If your on a budget, (and without alcohol) you can easily eat here at lunch for about £20 pp including service charge.
Very good value indeed for the quality of food.

david
Consumer in search of my next good meal. Prepared to travel countless miles on my quest. However I always seem to gravitate towards London. Currently one of the most exciting dining places on this Earth